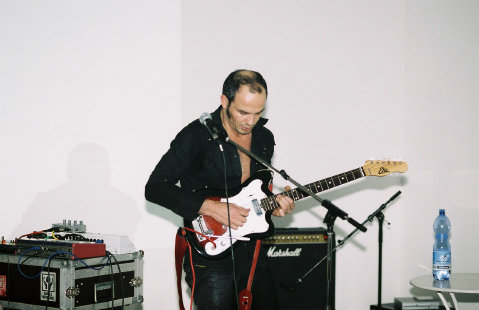 Electronicat consists of Fred Bigot from Laval, France. After a short stopover in Vienna, some Angelika Koehlermann-releases

were done before and after that stopover, he lives in Berlin nowadays.
He gained experience in the electro acoustic field as the guitar player of an art-psycho-pop-band. Thereon live-improvisation

with microphones, effect equipment, electronic devices of any kind and modified guitars followed. Meanwhile he is using selfmade

samples, made up on his guitar play or voice that he sends through fuzz tone or wahwah-pedals. From the first second, he puts

on a straight, heavily warped rhythm, blasts a pathetic guitar riff in between and garnishes everything with a choking mutant

voice. His numerous releases, on the vienna-based record label Angelika Koehlermann, mentioned before, as well as on diskoB or

noise museum are manifestations of his electro-punk orientation. 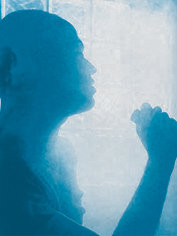